Religious Places Every Hindu Should Visit in Nepal in 2019

Nepal is one of the best destinations for the tourists who want to have the best religious and spiritual experiences. The "land of Himalayas" is not only limited to spectacular views of mountains and nature. Nepal is also the land of temples and Shakti Peethas that Hindus love to visit. The following are the top Hindu religious sites to explore while you are in Nepal.

Pathibhara is one of the renowned temples in Taplejung that is revered by those that are spiritual.  You will need to take a day long hike of around 5-6 hours from Taplejung Bazaar to reach Pathibhara. As the temple lies in the Kanchenjunga Conservation Area, the trek route offers the natural beauty of flora and fauna where you can spot numerous species of birds and rhododendrons.

Being one the Shakti Peethas, the temple has gained wide popularity. Shakti Peethas are the places where parts of Goddess Sati had fallen while Lord Shiva was carrying her dead body. Worshippers from different part of Nepal and India flock mostly on special occasions to worship Pathibhara goddess. The Goddess is believed to be powerful and fulfill the wishes of those who visit her temple and make offerings.

The closest route to visit Pathibhara Temple with Buddha Air is to take a flight from Kathmandu to Bhadrapur and going to Taplejung. 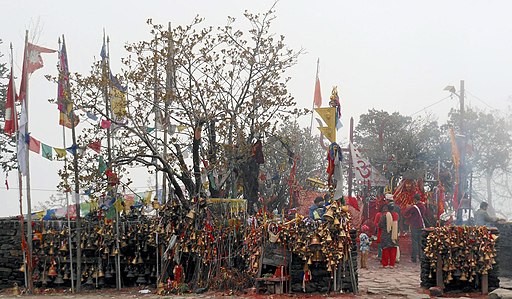 Located in the outskirts of Kathmandu, Dolakha Bhimsen or Dolakha Bhimeshwor is 100 km east of Kathmandu. The temple lies in the lap of Mt. Gaurishankar in Dolakha district. It can be visited from Charikot Bazaar. One can enjoy splendid views of mountains and nature while traveling to this temple.

The temple is roofless and under this temple, there is a statue. The statue is triangular in shape, and is generally denoted as Lord Bhim Sen. However, it is believed that Lord Bhim Sen has three reincarnation as Bhim Sen himself, Goddess Bhagawati and God Shiva.

The belief of people in this temple and its power is electrifying. There is a belief that the main shrine of the temple sweats if there any major future problems in the country, warning the people of any danger that might befall them. Devotees worshipping here will have a prosperous life, blessed with children and no evil can harm him/her.

The closest route to go to Dolakha Bhimsen with Buddha Air is to take a flight to Kathmandu. 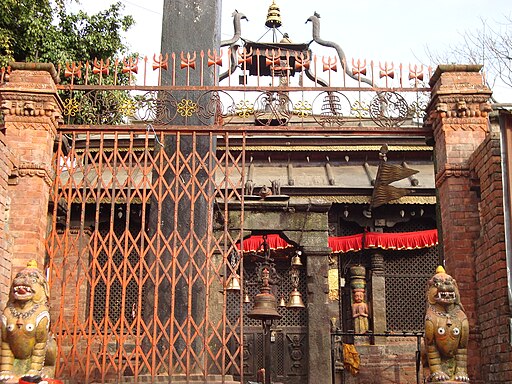 During special occasions and festivals like Shivaratri and Makar Sankranti, the area of temple is crowded with pilgrims to worship Lord Shiva. Moreover, they want to be blessed with holy water from a pool. On the month of Shrawan, devotees throng to the temple to offer water to the deity on a particular day according to the rituals. A big fair is held out here that lasts over the month of Shrawan.

The closest route to Jaleshwar Mahadev with Buddha Air is to take a direct flight from Kathmandu to Janakpur.

Situated in Pharping, 20 km south from the city Kathmandu, Dakshinkali is among the main temples in Nepal. The temple is dedicated to Goddess Kali and she is believed to have enormous power. There is a myth that can be heard from the locals that Goddess appeared in the dream of Malla king and commanded him to build the temple in that area. Goddess Kali is another incarnation of Goddess Parvati, who is fearful and disruptive.

The statue of Goddess inside the temple is black in color. Pilgrims specially visit this temple on Tuesday and Saturday to offer animal sacrifices to goddess. It is crowded during Nepal's biggest festival, Dashain. A large number of people visit this temple and worship Navadurga known for the 9 different incarnations of Goddess Kalika.

The closest route to Dakshinkali Temple with Buddha Air is to take a flight to Kathmandu.

The famous temple of Lord Muktinath situated at base of Khatang Kang (Thorang Peak) in Baraha Gaun meaning “Twelve Village” in the district of Mustang in the north central part of Nepal. It is about 20 km northeast of Jomsom at an altitude of about 3800 meters from the sea level. It is a gate way to Mustang from Manang in famous Annapurna circuit Trek route.

With a religious history of over 3000 years, Muktinath is an important pilgrimage site for Hindus and Buddhists. The holy shrine at Muktinath is in a grove of trees and includes a Buddhist Gompa and the pagoda style temple of Vishnu Temple, containing an image of Vishnu. During this period, the Hindu God Brahma is said to have lit the eternal flames of the Jwalamai Temple while Rinpoche, a great Buddhist sage came to meditate at Muktinath. The resident deity of Muktinath Temple is Lord Vishnu. Hindus refer to the Muktinath as MuktiKshetra meaning “place of salvation”. There are 108 water spouts behind the temple. Bathing the 108 water spouts and the kundas (ponds) is believed to bring salvation.

The closest route to Muktinath with Buddha Air is taking a flight to Pokhara (from either Kathmandu, Bhairahawa or Bharatpur) and driving to Muktinath Temple.

Manakamana temple is one of the popular temple for Hindus on the towns of Gorkha. It is situated 2.5km north from Tumlingtar Airport and can be accessed by cable car. The cable car operates from Kurintar and to reach the temple one have to travel through it.

As the name implies “Manakamana”: Mana means Heart and Kamana mean wishes. There is a strong belief of Hindus devotees that their wish will be fulfilled upon visit. The temple is dedicated to Goddess Bhagwati, an incarnation of Goddess Parvati. Various animals are sacrificed here in the name of Goddess Bhagwati. Being an incarnation of Parvati, this temple is mostly flocked by pilgrims during the festival of Dashain. While on the top of the temple, get breathtaking views of mountains like Manaslu and Annapurna and rivers like Trishuli and Marshyangdi.

The closest route to Manakamana with Buddha Air either to take a flight to Kathmandu or Pokhara and driving to Manakamana. A cable car from Kurintar will take you to the top of the hill where the temple is situated.

Due to the inauspicious myth, this temple is never visited by King of country. From the several incarnations of Lord Vishnu, this incarnation is known as Narayan. Narayan is renowned for creating life on Earth and resting on sea. Devotees from around the world especially Hindus visit here to pay reverence to the God Vishnu. There are several stories associated in the origin of this beautiful shrine. Whatever might be true, this place is a must visit place for Hindus.

The closest route to Budhanilkantha with Buddha Air is to take a flight to Kathmandu. 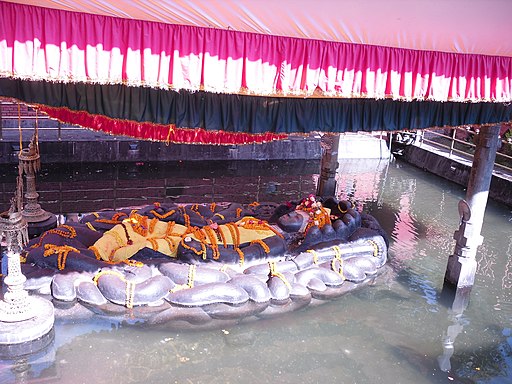 Barahachhetra is one of the most popular Hindu pilgrimage site of Nepal situated in Sunsari District. Holding huge significance among Hindus, Barahachhetra is among the four major dhams. The 4 major dhams in Hindu religion are Kurukshetra, Hari-Harshetra, Mukthishetra and Baraha Chhetra.

The Barahachhetra Temple is located at the shore of the Koka and Kaushiki Rivers. Baraha is the third incarnation of Lord Vishnu. It is believed that Lord Vishnu took the incarnation of a Boar (Baraha) to protect earth from being submerged into underworld. There is a big idol of Baraha and other beautiful images of Baraha in the periphery of temple.

Every year during the Nepali month of Shrawan, the holy water from Chatara is offered to Pindeshwari. It is the same month when Lord Shiva is honored by a rally of pilgrims chanting Bol Bam! Moreover, in every 12 years, Kumbh Mela is held and attended by number of Hindus devotees.

The closest route to Barahachhetra Temple with Buddha Air is to take a flight from Kathmandu to Biratnagar.

Have you visited these temples before? If you have not, go for a pilgrimage to these Hindu temples with Buddha Air. We connect you to the major destinations where the temples are located.