At the center of the capital city, a unique and huge event is conducted every year. The event is observed by the President, the Prime Minister of Nepal along with other ministers and dignitaries. Ghode Jatra is roughly translated to “Horse Parade”. It is the festival of horses which is organized in Tundikhel, Kathmandu. According to the Nepali calendar, it is celebrated on the month of Chaitra. It appears on the day between the months of March-April as per global calendar.

Being one of the ancient festival, Ghode Jatra has become the national festival of Nepal. It is celebrated in a very formal way in Tundikhel where a demon Tundi was killed. Flock of horses are employed by Nepali Army Team. Electrifying resonant sounds of horse play can be heard around the area. Moreover, horse marches and races followed by various stunts are performed by Nepal army team.

The horse play is demonstrated with a series of arts. It is executed in an honor of victory over the demon and keep the evil spirit away. The running of horses is taken as a good omen and a very good start for the upcoming year. 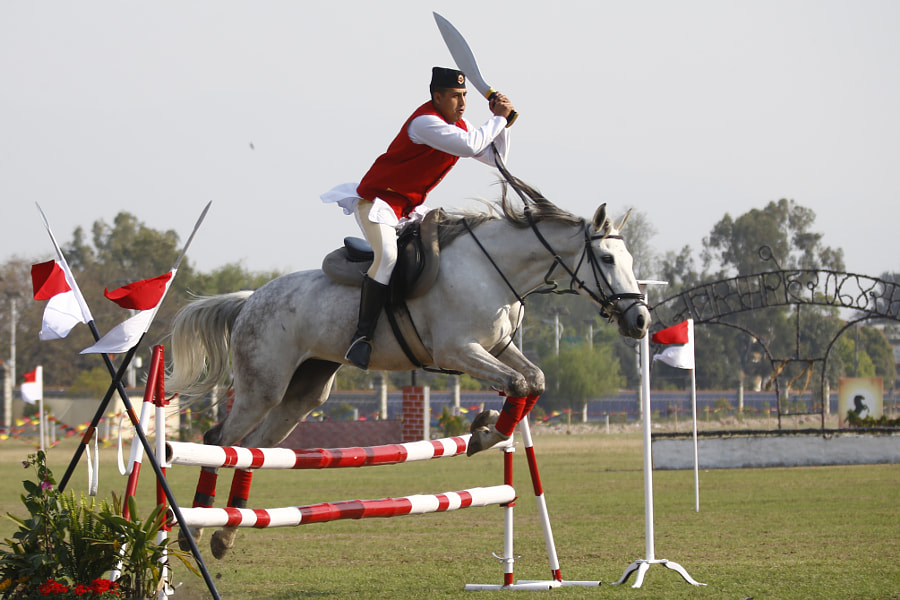 Apart from the event, Ghode Jatra is celebrated specially by Newari communities. Considered as the original inhabitants of the Kathmandu Valley, Newars are people belonging to Newari communities with diverse culture, traditions and activities. They carry away the deities, Goddess Bhadrakali and Goddess Kankeshwari over the narrowed streets of Asan just before the night of Ghode Jatra. While in other areas of Kathmandu Valley too, the deities of the respective locality are carried away in the streets with the chanting of music and instruments.

Kathmandu is the city filled with historical monuments, diverse culture and people. A number of festivals are celebrated here welcoming people from different religions. So while you are at Kathmandu, don’t miss the opportunity to experience them.